[update] As Sean Lincolne pointed out, squishguava, the boot image this thing loads over the network when it boots, is just a simple cramfs image. The "COMPRESSED ROMFS" in my earlier 'strings' is a dead give-away on this. I finally got some time to have a peek at it. It has the following in it:

It is obviously not a full Linux filesystem, as can be seen by looking at files in the scripts directory, this filesystem gets mounted on /guava. I compiled a small statically linked busybox and stuck it in bb/ which among other things had bb/sbin/telnetd in it. Then I hacked up scripts/rio-script and had it launch the telnetd right before it launches the rio. Built a new cramfs squishguava image and booted with it. It actually booted just fine. I was worried they might have some sort of checksum check, or my added 600k would overflow something, but it was fine. The bad news is that I couldn't get in via telnet. So, either, my telnetd didn't start properly, or the port is blocked.

I did notice that the default shell is /bin/ash which also happens to be the default shell in BusyBox and Linksys has used Busybox on other devices in the past. I bet the rom firmware which has the root filesystem for this thing is just a busybox image. So a bit more hacking on that rio-script should let me either somehow get a message out to me by trying various standard busybox commands, or I can run some stuff to try to deblock the port. Any suggestions on what is likely to work right away?

More info. I replaced the rio binary with my arm cross-compiled telnetd binary and it then doesn't get beyond the "Launching remote-IO" message during boot. At least it tells me that what I am doing has some effect. But I still can't get in via telnet. I also tried replacing it with a script that tried to ping out, cat stuff to /dev/dsp and echo stuff to various devices and none of that did anything I could see/hear.
[/update]

This looks like a nifty little box that will make it easy to access mp3's and photos directly from a remote-control TV-displayed interface. Much nicer than needing to stick a PC next to the TV/Stereo in the living room.

This little device showed up today. Had no trouble configuring it and hooking it up once I shuffled the various cables around a bit on the back of the TV and stereo. The music navigator is really nice on it and I like that you can play mp3's while a photo album is cycling through. Will have to try this thing against some Samba shares later on.

No luck on the Samba shares, or any sort of shares at all actually. I did a bit of sniffing of the datastream between the WMA and XP. When it starts up the first thing it does after getting an IP via DHCP is to grab its OS image from the XP box. That image is clearly a Linux 2.4.17 kernel and all communications appear to be via a UPnP A/V Media Renderer SOAP thing. As far as I can tell, when you designate a directory via the Media tool on the XP box, it creates a regular .m3u playlist out of that and serves it up to the WMA when requested. There doesn't appear to be any encryption involved, so getting this thing to work with a Linux box as the server would involve creating a UPnP SOAP server that understood the requests from the WMA. Not that this is a trivial effort, but certainly not impossible and once done this thing would be able to serve files up from anywhere a Linux box could access files from. Frankly I don't see why the heck the SOAP server they provide for XP can't serve up its playlists from a network share. There doesn't appear to be any technical reason for this restriction. I bet that with a bit of hacking and with the help of libupnp this is quite feasible.

Or, alternatively, create a custom image from the sources Linksys is supposed to provide. They have their GPL Page but it doesn't list the WMA11B (yet?). As George notes, SOAP isn't exactly ideal for something as simple as moving mp3s and image files around. An alternate image that was able to mount shares directly, would be cool. It might require sticking a .m3u playlist file in each directory so you wouldn't need to do that on the WMA, but that wouldn't bug me either.

For more info on the technology in this device, have a read through Intel's Digital Home Site or see the extended entry for some nitty-gritty protocol details.
Don't ask me why the boot image is called squishguava, but it is. Can't gleam too much out of it other than the fact that it is very likely to be a Linux image.

It also sends a NOT_STARTED message:

And the response back from the WinXP box is:

These go back and forth a few times with the same questions and answers just to get synched up, I guess. Then after a bunch of other exchanges where the WinXP box is asking the WMA what sort of box it is, it finally tells the WMA where to go and fetch its brain:

SquishGuava!! The WMA sends back a SERVER_WAIT while it adjusts to its new brain, and then a STARTED followed by a COMPLETED when it is ready. I also see some errors popping up in the stream:

Nice to see that they aren't filling up my wireless bandwidth with any useless traffic! But eventually the WMA tells the server all about itself:

I haven't touched the serial number in that, by the way. Looks like they aren't using it. Again, nice to see them going out of their way to save bandwidth. After this comes a bunch more crap describing the services. Stuff like this sort of makes me wonder:

And a clue as to what file types the WMA can handle:

And some more interesting bits:

Fast-forwarding through oodles of more SOAP stuff and we finally get to the server sending a playlist:

This is in standard M3U format. And finally to actually play a song, the WMA issues this request:

So, that's the WMA. When I get back from Comdex/Apachecon I'll try messing with libupnp. For now this toy works pretty well and Carl likes it: 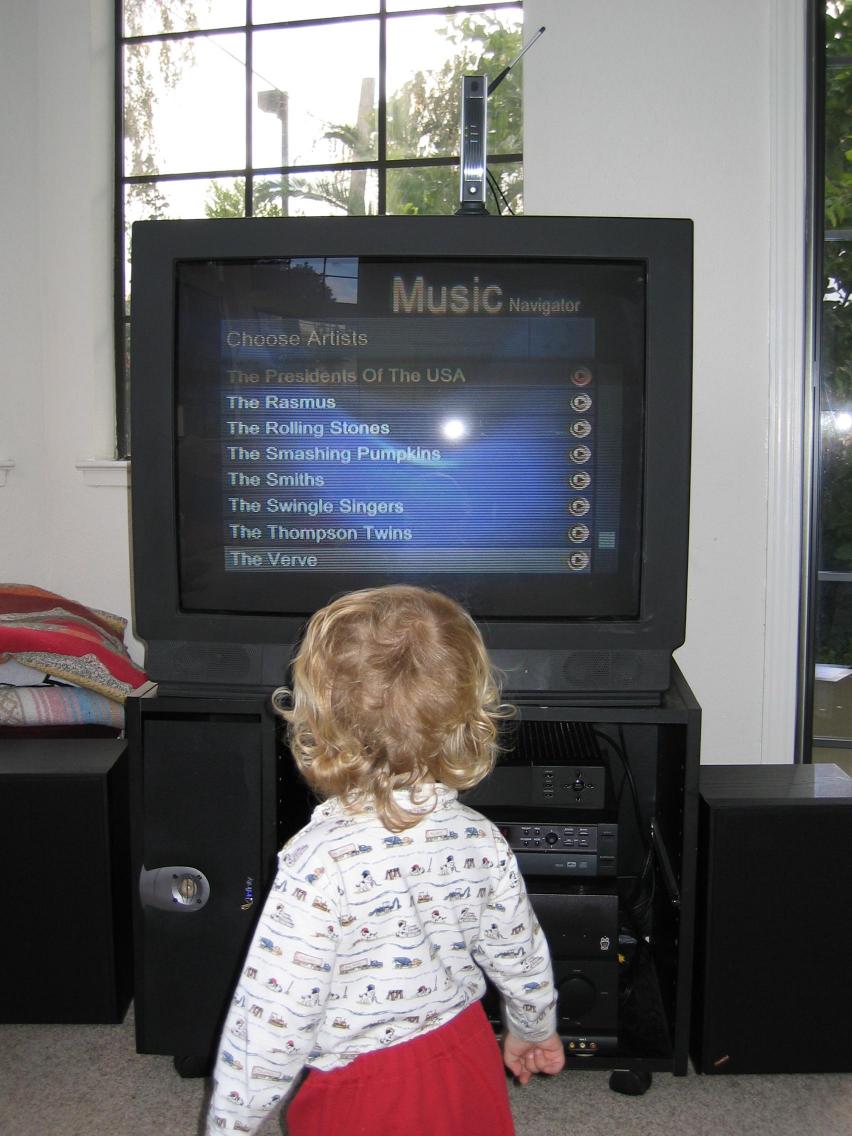